It’ s now February and we are all back in the office, after Smake was presented at four trade shows in January. We ourselves are amazed how strong our brand recognition is and how many well-known faces we met again at very trade show. 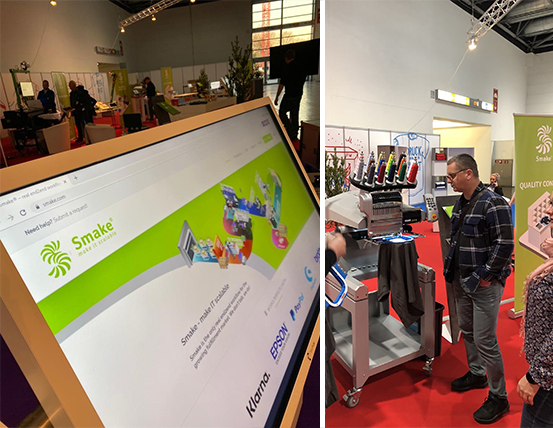 In the first week of Januar after christmas holiday we started at viscom in Düsseldorf not far away from the smake headoffice. Smake performed at the “make your shirt”- special area with a full workflow system. 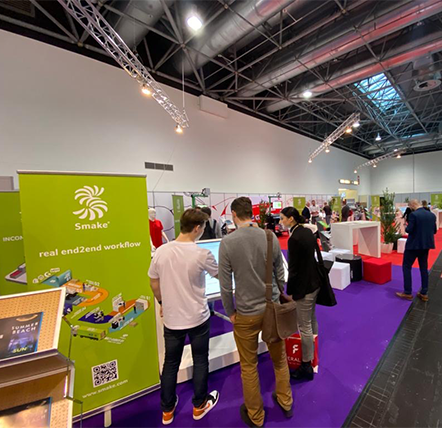 There we could show every station from “incoming goods” up to the “shipping station”. All this was only possible through the combination of different partners, including Fruit of the Loom, Epson, Heinz Walz GmbH and Melco Embroidery Machines. 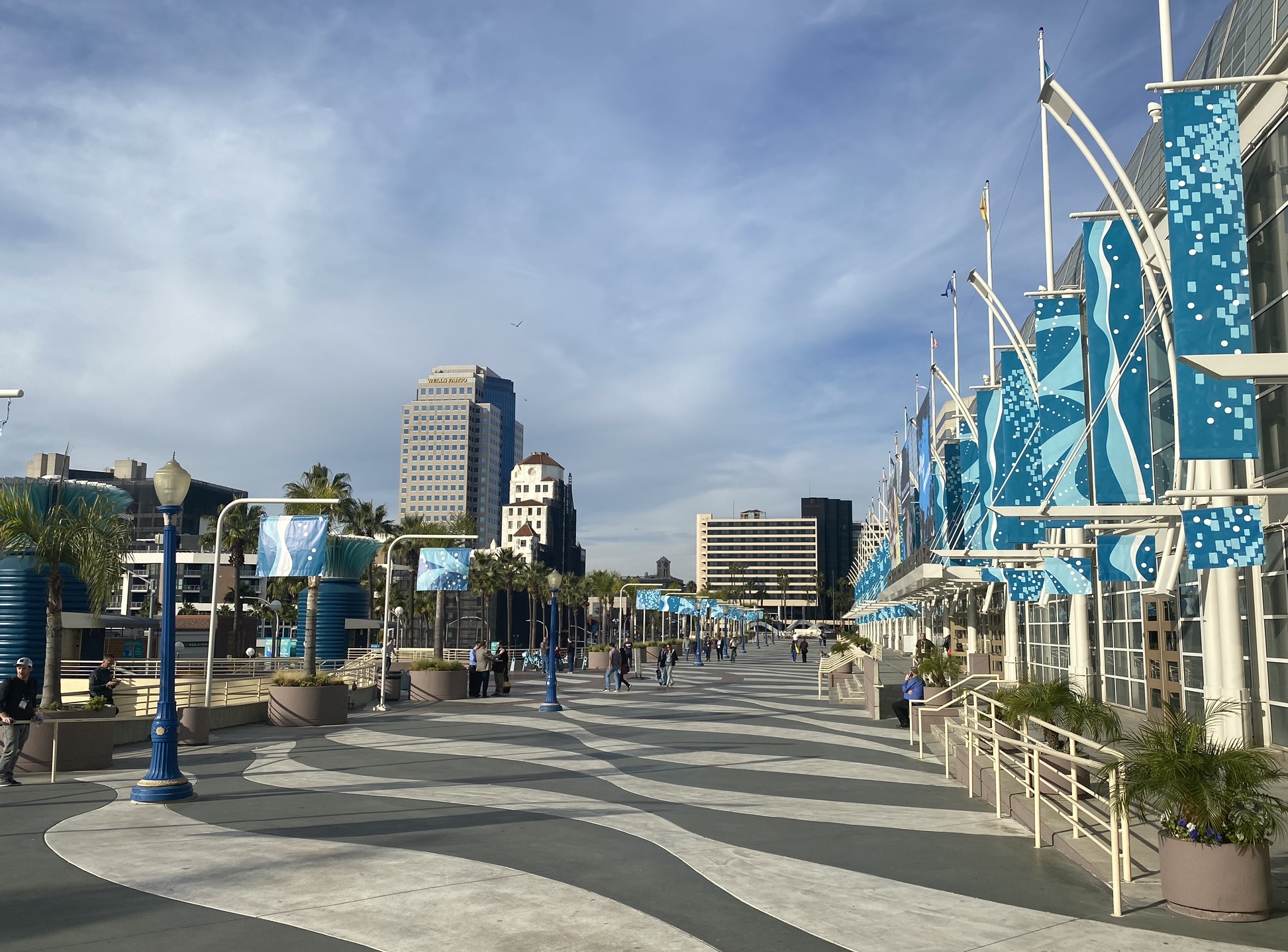 We had a great show in Germany and shortly afterwards we moved on to California to the ISS show. The ISS was a really good show for Smake – we were presented at five different booths at the same time – So it was nearly impossible for the visitors to overlook smake.
Many thanks to our partners and friends from aeoon, GSG, MightyHoop, Nocina/ZSK and SPSI. 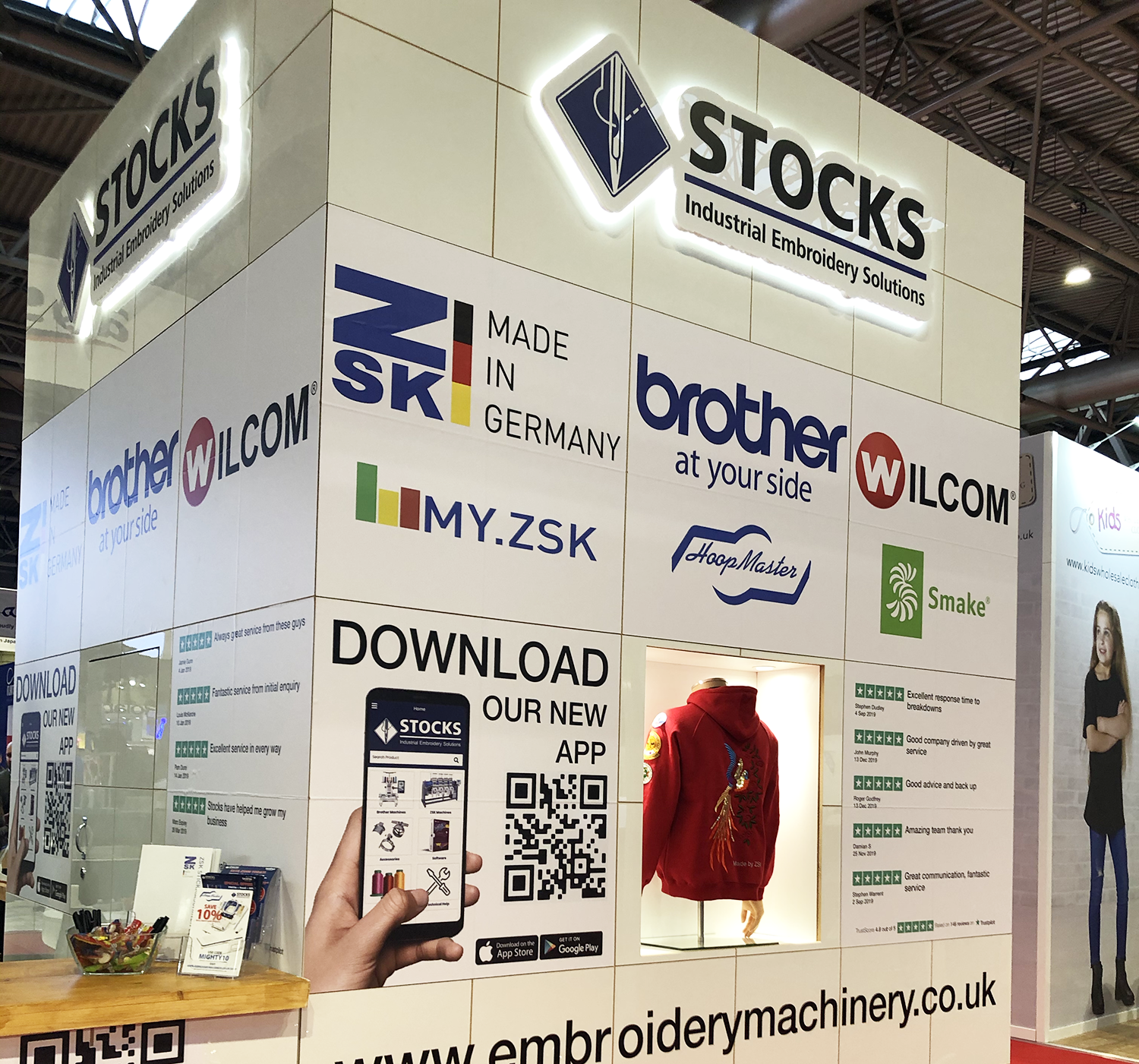 Here we were on the booth of our distribution partner Stocks Embroidery and gained a good insight into the UK market. We not only met customers who are already using the Smake workflow, we also could made some new contacts and acquire new customers. We would like to thank Andrew Stocks and his team for letting us be part of it.

TecStyle Vision – Stuttgart – Germany
A German trade show that only takes place every two years – so Smake had to be represented here as well. Three days in Stuttgart after a long tradeshow marathon. Finally we got a little bit tired from all the trade shows, but we got new power from the great discussions and the praise for the workflow. 🙂 Of course we also had a lot of fun at the booths of our partners IVM signtex GmbH and Heinz Walz GmbH.
But also this fair has shown us that Smake is also an interesting and helpful thing for the German market and it is becoming more and more popular.